There is absolutely no possibility that any meat eaters on your table will not be looking over enviously when you slice this beautiful mushroom Wellington open. It’s up to you whether you allow them a slice.

This pie is wrapped in a fabulously healthy pastry – for me, genuinely more enjoyable to eat than the traditional white flour, butter-rich pastry that used to be my go-to. If you follow this blog regularly, you will have seen this pastry in action before – wrapped around my Vegetable pie with ricotta among other recipes. It’s very flexible and forgiving to work with – the fact it is made from 100% whole grain spelt flour and enriched with avocado instead of butter or shortening, is merely the healthy icing on the cake.

There are three tasty elements to the filling for this pie. Mushrooms are, unsurprisingly, making a star appearance (I LOVE THEM!!). Seasoned with garlic and herbs, they are bound with ground flaxseed (you can use an egg if you don’t have that on hand), oats and walnuts. They rest on a bed of wilted, seasoned spinach, thoroughly squeezed of any soggifying moisture, all topped with a generous amount of Stilton.

A note for vegans. I am a weak cheese fanatic, but the vegetable fillings in this pie truly are delicious enough to be eaten without the Stilton. Apart from the pastry glaze, which you can swap with protein-rich soy milk, the rest of the dish is completely vegan – pastry and all.

And a note for vegetarians. If you are unfamiliar with the delights of Stilton, you’re in for a treat. I am emphatically not a British nationalist in any way shape or form, but Stilton is one of the few food products which Britain produces that I genuinely think is the best in the world. The best blue cheese in the world.

Unfortunately, true ‘Stilton’ must be pasteurised. A food safety scare in the 1990s (which was eventually proved false) coincided with Stilton’s application for Protected Designation of Origin (PDO) status within the European Union, which effectively fixed production standards at the time of designation. So it is illegal to produce an unpasteurised cheese called Stilton, even if it’s made in the correct geographical location, using traditional methods. Sad times.

I am a passionate believer in the superior qualities of unpasteurised cheese, and although Stilton is scrumptious even when pasteurised, it could be so much better with the living, breathing nuances that unpasteurised milk would bring to the experience.

Luckily, there is another option. Stichelton is a cheese produced in the fashion Stilton would have been in the distant, but delicious, past – with unpasteurised milk and artisan methods. Unluckily, getting your hands on some will be a challenge. Even in London it involves a trip up to Borough market to Neal’s Yard Dairy. A trip I will definitely be making this year. But for those of you who are unable to secure a slice of history, regular Stilton will still be a taste sensation and if you’re unable to secure that either, any blue cheese will do. In fact, any cheese will probably do.

Although this dish will involve you making your own pastry – and your own filo/phyllo pastry at that – I promise it is simple to make, easy to work with and it will look and taste great. Although this pie is marginally better when baked and served immediately, I have also baked it and reheated it the next day, so that is definitely an option for the busy Christmas period.

Although I haven’t quite decided what I’m cooking for Christmas yet, there is a very, very, strong possibility that this will be it. It’s delish!

To make this dish vegan, omit the blue cheese and substitute soy milk for the Greek yoghurt and egg glaze.

This turquoise-rimmed bowl is my current favourite

This sizzling, crunchy, vibrant side dish is ready

These sweet potato and halloumi rosti make a fabul

Happy Saturday! I have returned from an Insta-brea

All I want to eat at the moment is a ripe, summery

This super speedy veggie side dish is ready in les

This site uses Akismet to reduce spam. Learn how your comment data is processed. 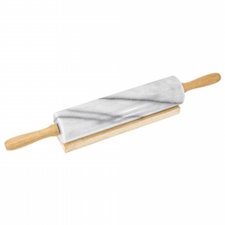